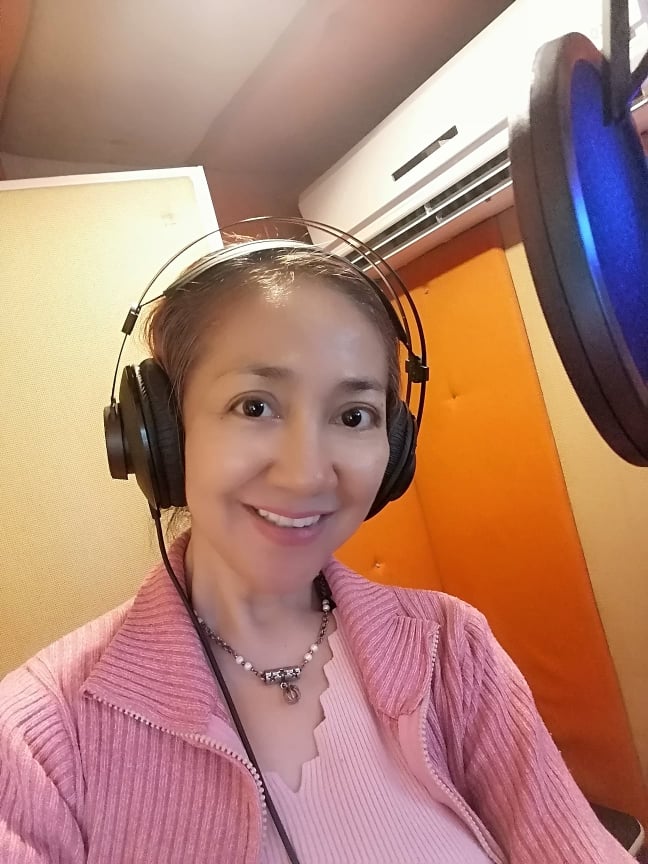 Glenda is the CEO of Anastasia Film Productions, geared towards producing films that delve on psycho-emotional issues. Their current project is OWL BUTTERFLY, a psychodrama on physical and sexual abuse trauma healing through psychotherapy. The company’s main thrust is “PSYCHO EDUCATION THAT LEADS TO TRANSFORMATION THROUGH CINEMA AND SEMINARS” to support our government’s GENDER AND DEVELOPMENT (GAD) initiatives nationwide.

She has voiced radio and TV ads, two of which received recognition: The KBP Awards (1990s) and Bronze award, Cannes Lions Festival (2010).

She voiced the lead actors behind phenomenal TV hits including ALIAS (Jennifer Garner) JEWEL IN THE PALACE (JANG GEUM) and STAIRWAY TO HEAVEN (EUNICE).

She is also a dubbing producer and director and has handled evangelistic Gospel dubbing projects for international ministries such as the Joyce Meyer Ministries. Her theater training started at age 15.

She has acted in several TV commercials such as Coke and PLDT. She’s a former college teacher. In production, she’s functioned as assistant director, song writer and music video director.

Currently, Glenda is spearheading the OWL BUTTERFLY Child Sexual Abuse awareness campaign, focused on CSA Detection, Prevention, Immediate Response and the 7 Steps to Trauma Recovery. She has given talks in schools, churches, communities, and in numerous government agencies all over the Philippines including the Office of the President, Malacanang.